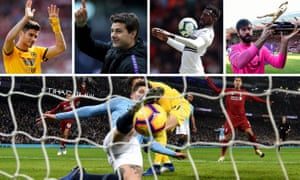 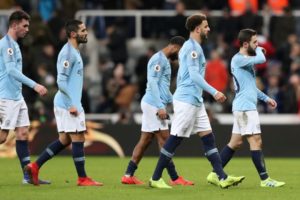 5 Reasons Why You Should Follow the English Premier League 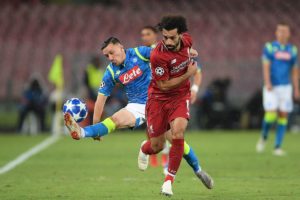 Imagine yourself sitting in a stadium surrounded by the singing, chanting, and cheering of the crowd. The ball is played forward to the star striker. As he winds up to unleash his shot you can hear the audible sucking in of the breath of 50,000 fans waiting in expectation. In that split second as the ball sails goal-ward not a sound is heard. What follows next can be the exhalation of excitement as the ball sails wide, the gut wrenching feel of the opposing team scoring, the sigh of relief as your opponent misses, or the heart pounding, adrenaline fueled excitement of your team scoring.

That is the moment that makes soccer so exciting, and especially so in the English Premier League. Every moment can bring forth those primal emotions of frustration, rage, disappointment, joy. There’s always the chance for something to happen; a play that will change the course of the game and even change the course of the entire season. When you’re a fan of the English Premier League, there’s always something worth watching.

Here are 5 reasons why everyone should be following the English Premier League.

5) INTENSITY AND UNPREDICTABLE DRAMA – Every match matters. In the end, every match is much more than just a single game. With a clock that runs forward instead of backward, there’s always the chance for something to happen until the very end. With the addition of stoppage time, even the number of minutes that will end up on the clock is unknown. Scripts can be written and expectations set, but you never know what will actually happen until the final whistle blows. 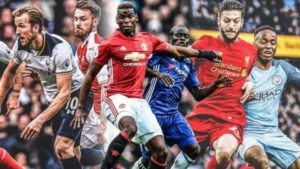 4) WORLD-CLASS TEAMS AND PLAYERS – The English Premier League is made up of 20 teams, all of which have their own rich history and style of play. In the Premier League you can pretty much choose any style of play and find a team that promotes that style. Counterattack, tika taka passing, wing play, possession and tempo control, hardworking and hard tackling, and more. There’s another reason why there are so many different styles of play: players from nearly every continent in the world choose to showcase their talents in England. This has made the Barclays Premier League a world-wide brand that is increasingly popular each year. 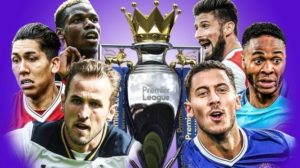 League is not known for any one style of play, but you can always expect there to be action and excitement in some form. Most matches are played at a rapid pace. No commercials, no time outs, no running down the clock. Last season 1,066 goals were scored throughout the 380 games played. I would not be surprised to see more scored this year. Every goal scored is followed by the celebrations of the fans, but even more so, that of the players. Each player has their own style of celebrating, with some including the fans, others including teammates, and those who prefer to celebrate in their own world.

2) EPIC RIVALRIES – I would say that the Premier League has more rivalries than any other league. With the league being in a country about as big as the state of Louisiana, rivalries are inevitable. London alone has six separate clubs playing in the Premier League. Derbies (matches played between rivals) take place multiple times throughout the season, with clubs facing rivals from the same city or nearby cities. Most of these rivalries have long, rich histories that go back decades.

1) UNWAVERING FANS AND ENERGETIC ATMOSPHERE – The singing, the chanting, the cheering. It all adds to the atmosphere. Some particular stadiums and games have it more than others, but it’s there to some degree for every single match. Every team has multiple songs and chants they can turn to during the match to get behind their team. When a crowd is in full voice, it is truly amazing. The moment when the ball hits the back of the net and you hear the crowd’s cry of joy, is the moment that every soccer fan lives for. 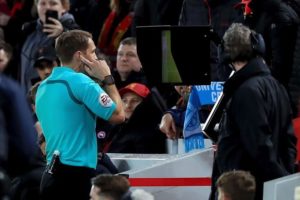